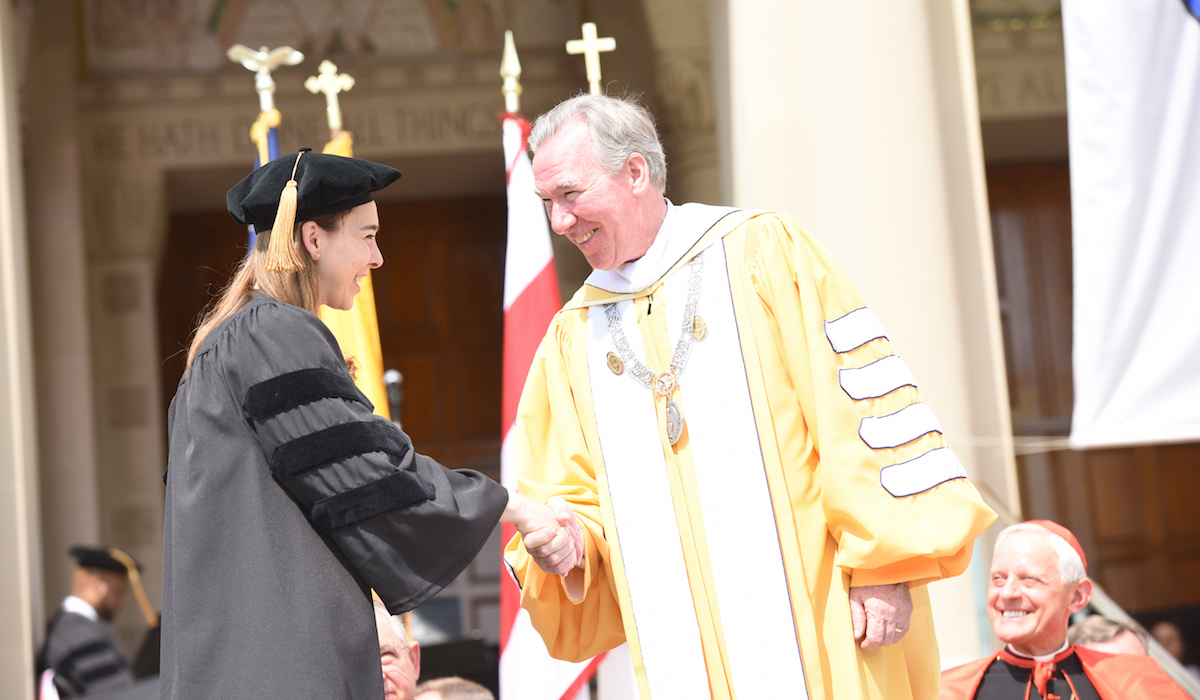 Honorary Degrees Conferred by the Catholic University of America

All have made contributions to the Church and/or society that earned them this special recognition. Most of the honorary degrees have been conferred at Commencement; some have been given on other special occasions.